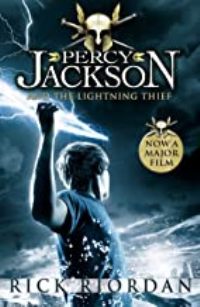 Percy Jackson and the Lightening Thief

This book talks about the main protagonist Percy Jackson who discovers that the world is much bigger than he ever imagined. Percy Jackson is a 12 year old who is suffering from dyslexia. He has never met his father, he hates his abusive stepfather and he adores his mother. In this book Percy Jackson finds out he is son of the Greek god Poseidon. Zeus accuses him of stealing his lightning bolt and Percy has no idea what he’s talking about. So Percy goes off on a quest with Annabeth (daughter of Athena) and Grover (a satyr) to find the lightning bolt and get his mother, who was taken away by the Minotaur, back from Hades.