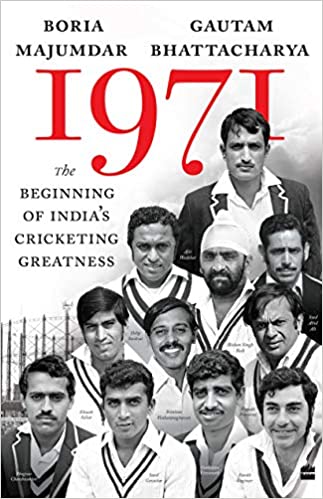 1971: The Beginning of India’s Cricketing Greatness

1971 was the year that changed Indian cricket forever. Accustomed to seeing a talented but erratic Indian team go from one defeat to another, a stunned cricketing world watched in astonishment as India first beat the West Indies in a Test series on their home turf, and then emerged victorious over England-in England. Suddenly, the Indian team had become a force to reckon with.

Boria Majumdar and Gautam Bhattacharya’s book is a thrilling account of the 1971 twin tours, that brings to life the on-field excitement and the backroom drama. Against a canvas that features legends: Pataudi and Wadekar, who captained India to the two sensational series victories abroad; Sardesai, Durani, Viswanath, Engineer, Solkar, Abid Ali; the famed spin quartet of Bedi, Prasanna, Chandrasekhar and Venkataraghavan; and a young batsman named Sunil Gavaskar who was making his debut-it is the tale of a young country ready and eager to make an impression on the world stage.

Fifty years later, this is a wonderful book to relive those glory days with.