The Global Merchants: The Enterprise and Extravagance of the Sassoon Dynasty

The astonishing story of the Sassoons, one of the nineteenth century’s preeminent commercial families and ‘the Rothschilds of the East’ 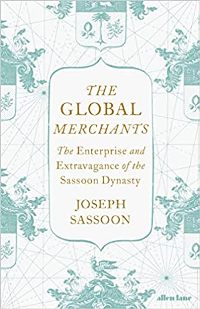 The Global Merchants: The Enterprise and Extravagance of the Sassoon Dynasty

The Global Merchants is thus at once an intimate portrait of a single family and a panorama of the hundred and thirty years of their prominence: from the Opium Wars and opening of China to the American Civil War, the establishment of the British Raj to India’s independence. Together these give a fresh perspective on the evolution of one of the defining forces of their age and the present: globalization. The Sassoons were variously its agents, advocates and casualties, and watching them moving through the world, we perceive the making of our own.

Be the first to review “The Global Merchants: The Enterprise and Extravagance of the Sassoon Dynasty” Cancel reply